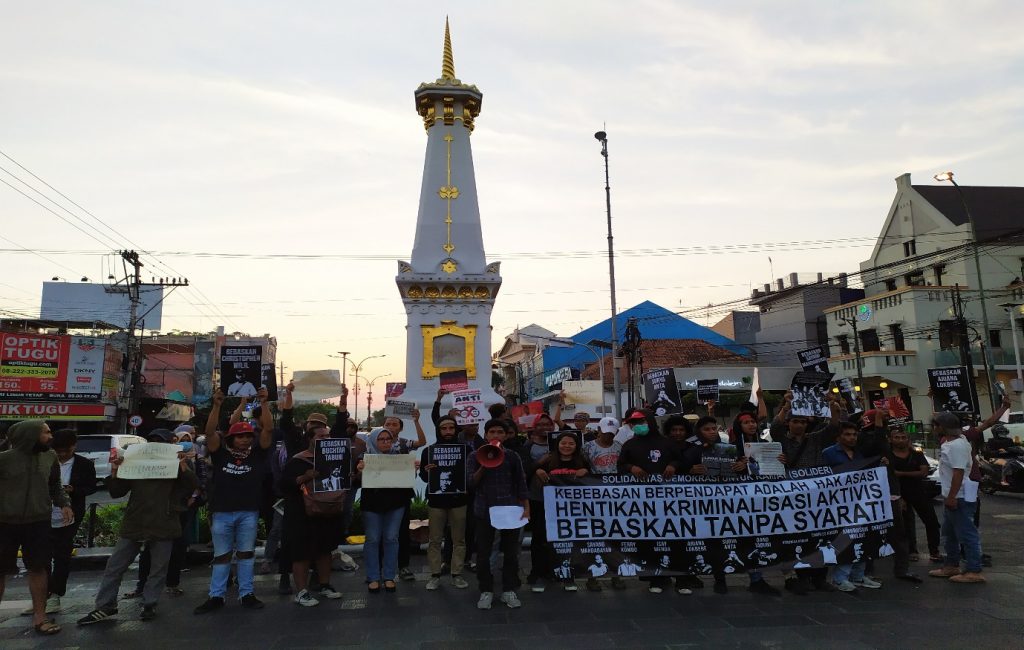 A peaceful rally by Solider at Tugu Yogyakarta. – Jubi/Ist

Jayapura, Jubi – SOLIDER (Solidaritas Demokrasi Untuk Rakyat/Solidarity of Democracy for People) denounces the criminalisation of West Papuan activists by the police. The rally coordinator Rico Tude urged the police to release all activists from detention.

According to him, the massive arrest of activists has shown that the government’s failure in assuring the freedom of speech in public as written in the Laws No 9 the Year 1998.

“It’s a shame to see the police excessively silencing the West Papuan students in expressing their aspiration during each peaceful demonstration,” he said.

He also regrets the use of the treason article to charge these activists. According to him, the government has violated its laws.

“We demand that the government, through its apparatus, does not violate the legitimated laws. It cannot be accepted to see how individuals get arrested as a criminal because of expressing their opinions. It certainly harms the principle of democracy itself,” he asserted.

The rally took place in front of the Tugu Monument of Yogyakarta since 3:00 to 5:40 pm. Many students from Papua and Maluku joined in this rally. (*)